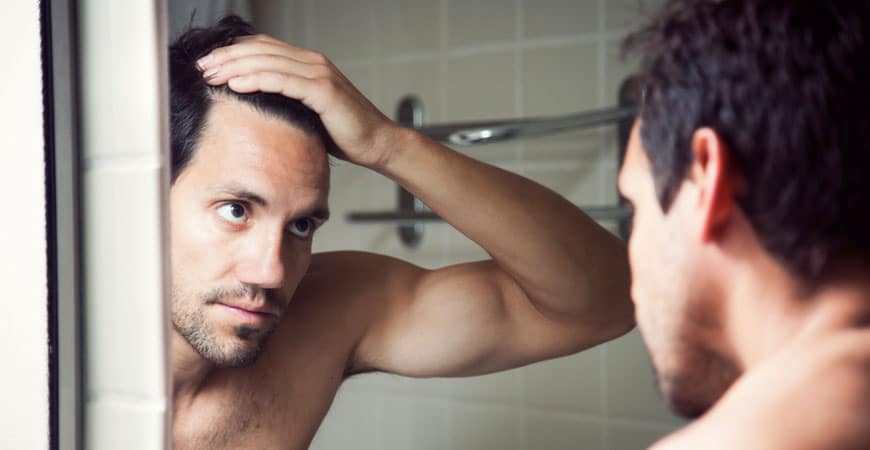 Hair loss can affect anyone. In fact almost all men will suffer some form of hair loss during their lives and as many as 80 per cent of women will experience a similar condition, according to Professor Rodney Sinclair, Professor of Dermatology at the University of Melbourne and Director of Dermatology at the Epworth Hospital Of course for most people hair loss is mild and occurs late in life. For younger people, however, it can be a distressing experience. The critical thing is to not take the condition personally. Professor Rod Sinclair says the most common form of hair loss is male pattern baldness which affects all men as they get older, the main difference is the degree of hair loss and onset. He says some men will suffer from premature baldness, the medical name is androgenic alopecia, because they have a stronger genetic pre-disposition compared to those developing the late onset to this common phenomenon. Ultimately it’s a hereditary condition.

Other major causes of male hair loss include an autoimmune disease called alopecia areata (AA) where the body’s own immune system attacks hair follicles creating patches of hair loss which affects about 3 per cent of the population, according to Professor Sinclair For another small minority of men there is another rare condition called cicatricial alopecia that can be the cause of hair loss, also called scarring alopecia, that causes hair follicles to be destroyed. The follicles are replaced with scar tissue, causing permanent hair loss. For women, like men, the most common form of hair loss is the female version of pattern baldness that ultimately affects 80 per cent of women, according to Professor Sinclair. He says it’s an under recognised condition in women because it causes the hair to thin rather than go bald in women so it is less obviously noticeable. Once again the severity and age of onset in women can vary.

Another form of hair loss among women includes telogen effluvium which is a scalp disorder characterised by the thinning or shedding of hair at the point where hair follicles form – sometimes caused by emotional or physiological stress. Of course there are a range of medical conditions or severe illness that can cause hair loss, as well as medications for treatments such as cancer chemotherapy or oral retinoids or other nervous habits or lifestyle reasons that can contribute to a hair loss problem. In these cases medical advice is also recommended by hair specialists.

Link to: Get in touch