Everyone knows someone with a widow’s peak. However, what they might not know is that; although plenty of widow’s peaks are perfectly harmless and naturally occurring, many widow’s peaks can be more concerning, as a sign of future hair loss.

If that is the case, it’s important to understand not just why getting rid of a widow’s peak is an option, but also how it can be done.

Widow’s Peaks and Their History

The term ‘widow’s peak’, refers to the V-shaped protrusion of the hairline towards the forehead.

It occurs as a result of hair growth being focused and concentrated towards that one specific protrusion.

The term itself derives from the hood worn by freshly widowed women, in mourning of their lost husbands. People then started terming the V-shaped hair protrusions after their similarity to those hoods. Other myths warned that women with widow’s peak hairlines would be doomed to becoming widowers.

It’s not surprising then, considering their early association with death, that widows peaks have carried negative, nefarious connotations since their naming.

Fictional characters such as Count Dracula, The Joker and Hannibal Lecter have all been described as having widow’s peaks. Throughout popular culture’s history then, the widow’s peak has become popularly associated with evil and ill-will.

When To Be Concerned

Many widow’s peaks – for men and women ¬– are completely normal and naturally occurring. They’re just one of many different types of hairlines that exist. So if you were born with a widow’s peak, there’s no need to be concerned.

What is a cause for concern however, is if you begin to develop a widow’s peak on your hairline that you’ve never had.

This is an early sign of hair loss, in both men and women; a signal that your hairline is beginning to recede. Because hair loss typically begins at the temples, a widow’s peak is generally a good indicator of impeding hair loss.

When people start to get widow’s peaks that they’ve had, they can feel a whole host of emotions:

What Can Be Done

Thankfully, it’s never too late to reverse the effects of hair loss. In fact, the early detection of an impending widow’s peak is a definite way to improve the chances of meaningful hair recovery.

Discovering a widow’s peak that wasn’t there before is indeed stressful, but it doesn’t have to be permanent. At Advanced Hair Studio, we have the proven treatments and solutions to stop that widow’s peak in its tracks, and bring your hairline back to what it should be. 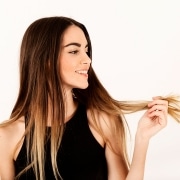 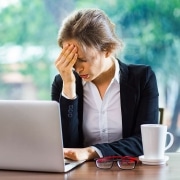 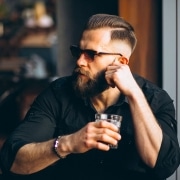 What is a Bald Spot on Your Head? 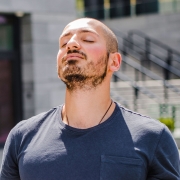 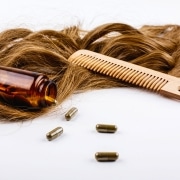 Causes of Hair Loss in Women 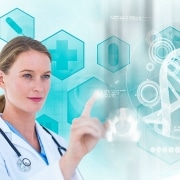 What is Stem Cell and PRP Hair Therapy?
Link to: Get in touch

What is Stem Cell and PRP Hair Therapy?
Scroll to top